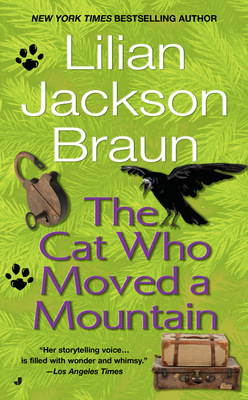 A murder in the mountains has Jim Qwilleran and his cats Koko and Yum Yum feeling on edge in this mystery in the bestselling Cat Who series.

Qwill’s on top of the world when he rents a house on Big Potato Mountain. The owner, J.J. Hawkinfield, brought real estate development to the once-peaceful Potatoes. But Hawkinfield paid a steep price for his enterprise: He was pushed off a cliff by an angry mountain dweller. Qwilleran, however, suspects the man is innocent—and Koko’s antics have him convinced something’s wrong. He may be making a mountain out of a molehill...but he’s determined to find the truth. Even if it means jumping out of the frying pan and into the fire!