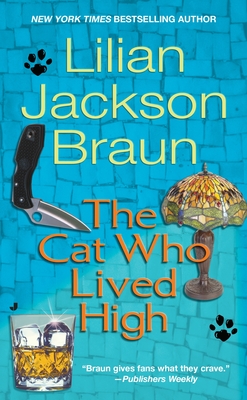 When a glamorous art dealer is killed in Jim Qwilleran’s high-rise, he and cats Koko and Yum Yum reach new heights of detection in this mystery in the Cat Who series.

The colorful Casablanca apartment building is in danger of demolition—but not if Jim Qwilleran can help it. He’s determined to restore the building to its original grandeur. So he moves in with Koko and Yum Yum—and discovers that the Casablanca is steeped in history...and mystery. In Qwill’s very apartment, a glamorous art dealer met an untimely fate, and the veteran journalist and his crime-solving cats are about to reach new heights in detection as the evidence builds up...and the Casablanca threatens to crumble down around them!