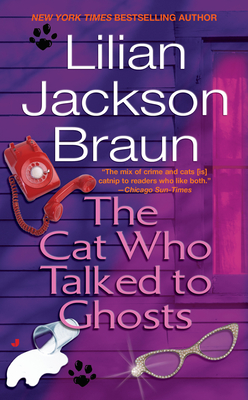 Jim Qwilleran and his cats Koko and Yum Yum try to solve a haunting mystery in a historic farmhouse in this New York Times bestseller in the Cat Who series.

When Mrs. Cobb heard unearthly noises in the antique-filled farmhouse, she called Jim Qwilleran for help. But he was too late. It looked as if his kindly ex-housekeeper had been frightened to death—but by whom? Or what? Now Qwilleran’s moved into the historic farmhouse with his two cat companions—and Koko the Siamese is spooked. Is it a figment of feline imagination—or the clue to a murder in Moose County? And does Qwilleran have a ghost of a chance of solving this haunting mystery?