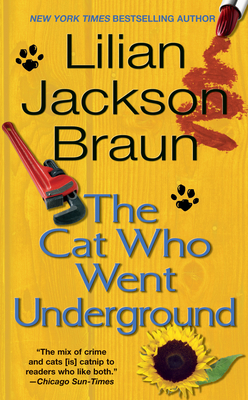 This is book number 9 in the Cat Who... series.

In this delightful Cat Who mystery, Jim Qwilleran packs up his two Siamese cats, Koko and Yum Yum, for a summer of fun at his log cabin and finds himself on a trip headed straight for trouble...

The trio’s vacation in Moose County starts out ominously with the disappearance of a handyman hired to patch up Qwilleran's cabin. But the felines really start throwing catfits when they come across a dead body or two...

A serial killer may be right under Koko's nose, and now this ingenious Siamese must dig deeper to clear poor Qwilleran of suspicion—and dig up the motive for a catastrophic crime.