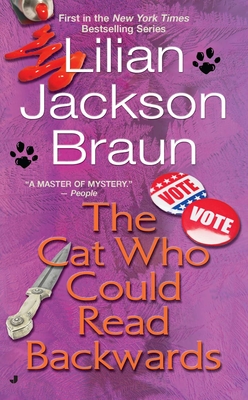 This is book number 1 in the Cat Who... series.

The world of modern art is a mystery to many. But for Jim Qwilleran, it turns into a mystery of another sort when his assignment for The Daily Fluxion leads down the path to murder.

A stabbing in an art gallery, vandalized paintings, a fatal fall from a scaffolding—this is not at all what Qwilleran expects when he turns his reporter talents to art. But Qwilleran and his newly found partner, Koko the brilliant Siamese cat, are in their element—sniffing out clues and confounding criminals intent on mayhem and murder.

This riveting beginning to the Cat Who series is the perfect cozy mystery for cat lovers to start sleuthing!