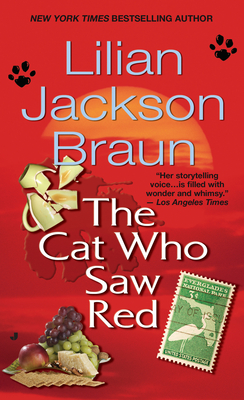 This is book number 4 in the Cat Who... series.

Jim Qwilleran and his cats Koko and Yum Yum must solve a curious caper in this mystery in the bestselling Cat Who series.

Something is amiss at Maus Haus. Not just the mystery of an unsolved “suicide” which hangs over the old mansion, but something ominous in the present-day residence. When Qwilleran moves in to work on his new gastronomical assignment, strange things begin to happen. First it's a scream in the night, then a vanishing houseboy. But when his old girlfriend disappears, something has to be done. Qwilleran, Koko and Yum Yum set out to solve the mystery—and find a murderer!