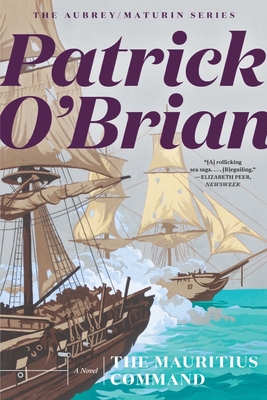 This is book number 4 in the Aubrey/Maturin Novels series.

"Jack's assignment: to capture the Indian Ocean islands of Réunion and Mauritius from the French. That campaign forms the narrative thread of this rollicking sea saga. But its substance is more beguiling still." —Elizabeth Peer, Newsweek

The year is 1810 and Great Britain is again at war with France. British naval officer Captain Jack Aubrey is ashore on half pay without a command, living in domestic bliss with his young family—until his friend Stephen Maturin arrives with secret orders for Aubrey to take a frigate to the Cape of Good Hope under a commodore’s pennant and mount an expedition against the French-held islands of Mauritius and La Réunion. But the difficulties of carrying out these orders are compounded by two of Aubrey’s own captains: Lord Clonfert, a pleasure-seeking dilettante, and Captain Corbett, whose severity pushes his crew to the verge of mutiny. Meanwhile, news from home that will change the course of Aubrey’s life struggles to reach him.

One of our greatest contemporary novelists, Patrick O’Brian is the author of the twenty volumes of the best-selling Aubrey/Maturin series, as well as many other books, including Testimonies, The Golden Ocean, The Unknown Shore, and biographies of Joseph Banks and Picasso.

O’Brian’s Aubrey-Maturin volumes actually constitute a single 6,443-page novel, one that should have been on those lists of the greatest novels of the 20th century.
— George Will

[Reading the Aubrey/Maturin series was] like tripping on heroin. I started on those books and couldn’t stop.
— E. O. Wilson - Boston Globe