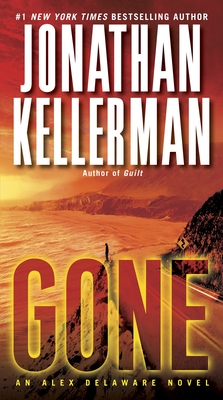 By Jonathan Kellerman
$12.69
Ask A Bookseller For Help With This Title

This is book number 20 in the Alex Delaware series.

Missing acting students Dylan and Michaela are found in the remote mountains of Malibu, battered and terrified after a harrowing ordeal at the hands of a sadistic abductor. But forensic evidence soon exposes the incident as a hoax, and the kids are charged as criminals themselves.

“Kellerman shows why he is called the ‘master of the psychological thriller.’”—Orlando Sentinel

After examining Michaela, psychologist Alex Delaware is certain that there’s more to this sordid psychodrama, and his instincts prove dead-on when she is savagely murdered. Casting their dragnet into the murkiest corners of L.A., Delaware and homicide cop Milo Sturgis unearth more questions than answers—and a host of eerily identical killings. What bizarre and brutal epidemic is infecting the city with terror, madness, and sudden, twisted death?

Jonathan Kellerman is the #1 New York Times bestselling author of more than three dozen bestselling crime novels, including the Alex Delaware series, The Butcher’s Theater, Billy Straight, The Conspiracy Club, Twisted, and True Detectives. With his wife, bestselling novelist Faye Kellerman, he co-authored Double Homicide and Capital Crimes. With his son, bestselling novelist Jesse Kellerman, he co-authored the first book of a new series, The Golem of Hollywood. He is also the author of two children’s books and numerous nonfiction works, including Savage Spawn: Reflections on Violent Children and With Strings Attached: The Art and Beauty of Vintage Guitars. He has won the Goldwyn, Edgar, and Anthony awards and has been nominated for a Shamus Award. Jonathan and Faye Kellerman live in California and New Mexico.