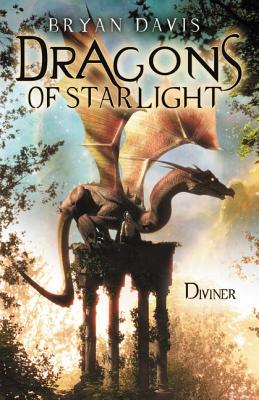 This is book number 3 in the Dragons of Starlight series.

For years, tales of

from another world kidnapping and enslaving humans have been circulating in Jason Masters' world, while for a slave girl named Koren, the stories of a human world seem pure myth. Together, these two teens will need to bridge two planets in order to overthrow the draconic threat and bring the lost slaves home.

As a Starlighter, Koren knows her destiny is to save her fellow human slaves from the dragons' bondage--but by following the orders of the smooth-talking dragon king, Taushin, has she in fact doomed her people and herself? As Koren struggles over her choices, Elyssa discovers a new aspect to her Diviner gifts when her pendant begins to unlock mysteries surrounding the stardrops from the Exodus star.

Soon Elyssa, along with Jason and his father, also uncovers new truths behind the dragons' prophecy and learns that Randall has teamed with Magnar and Arxad to wage battle against Taushin's followers. With a major war imminent and talk of a new Starlighter in the air, confusion and uncertainty reign--something Taushin might have planned for all along.

Bryan Davis is the author of the bestselling fantasy series Dragons in Our Midst, Oracles of Fire and Echoes from the Edge. He and his wife, Susie, have seven children and live in western Tennessee where he continues to cook up his imaginative blend of fantasy and inspiration.