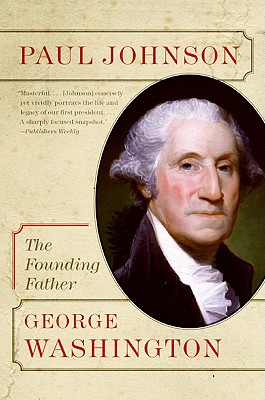 By far the most important figure in the history of the United States, George Washington liberated the thirteen colonies from the superior forces of the British Empire against all military odds, and presided over the production and ratification of a constitution that (suitably amended) has lasted for more than two hundred years. Yet today Washington remains a distant figure to many Americans—a failing that acclaimed author Paul Johnson sets out to rectify with this brilliantly vivid, sharply etched portrait of the great hero as a young warrior, masterly commander in chief, patient lawmaker, and exceptionally wise president.

Paul Johnson is a historian whose work ranges over the millennia and the whole gamut of human activities. He regularly writes book reviews for several UK magazines and newspapers, such as the Literary Review and The Spectator, and he lectures around the world. He lives in London, England.