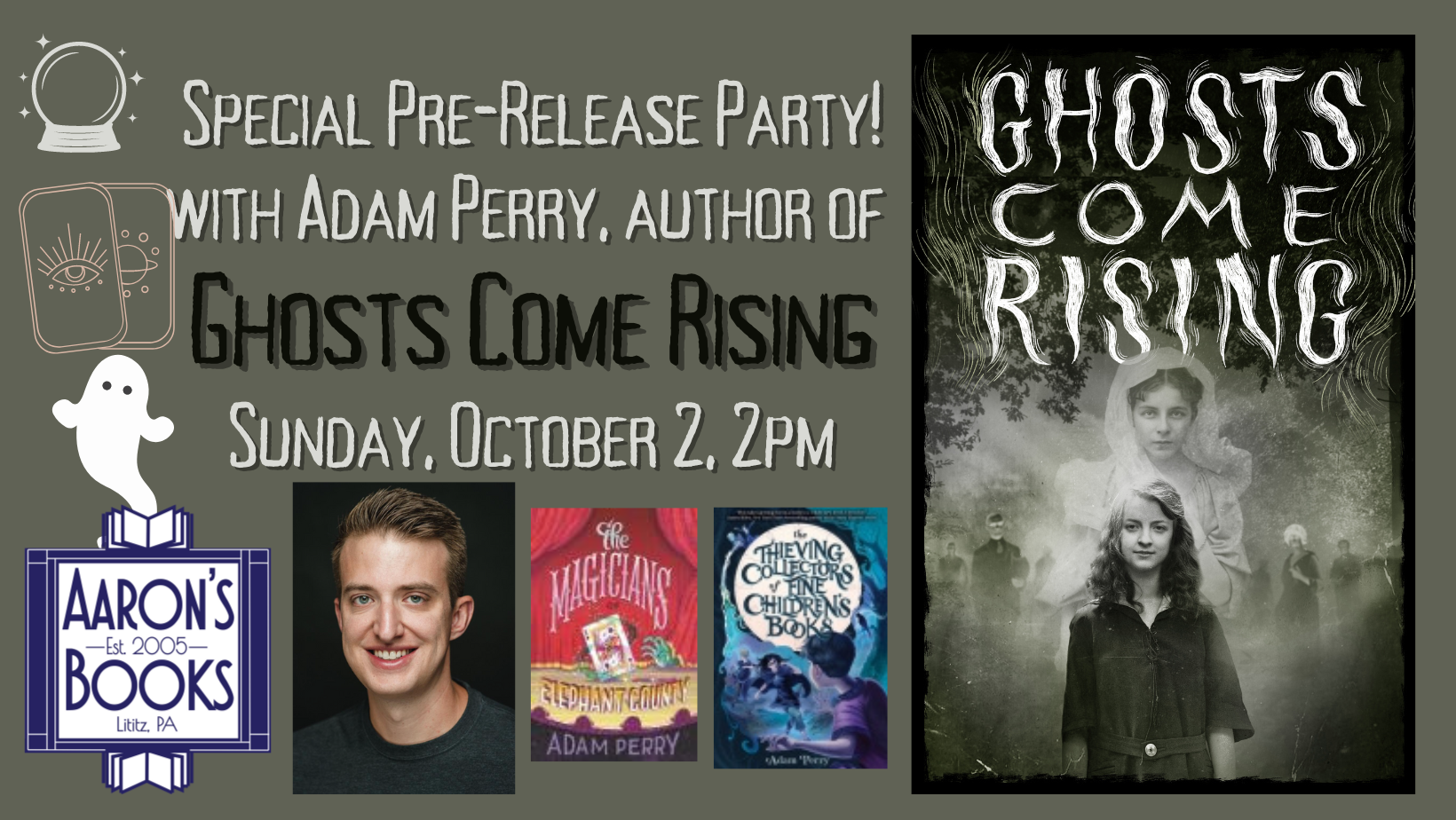 Adam will read from his newest book and we'll have treats and tricks- kid friendly tarot readings, a craft, and of course a book signing!
The book officially releases on Oct. 11, but we'll have early copies for sale!
Reserve your spots below.

"So much more than a ghost story! Adam Perry's Ghosts Come Rising is a beautifully crafted historical novel about the lengths human hearts will go to in coming to terms with loss, and the ways love continues, even from the other side of the thin place between life and death." -Kate Albus, author of A Place to Hang the Moon

In the mid 19th century, a religious movement called Spiritualism spread across America. Spiritualists believe that the living could communicate with the dead. Complete with ghostly black-and-white photographs, this suspenseful book tells the story of twelve-year-old Liza Carroll and her little brother as they try to find answers and hide a secret while staying at a spooky Spiritualist commune.  After twelve-year-old Liza Carroll and her ten-year-old brother John's parents die, they are placed in the custody of their uncle, a traveling photographer named Mr. Spencer. Mr.
Spencer, realizing the gift he has in his young relatives, uses them to help create fraudulent spirit photographs, which he sells to the grieving. Chased from one town to another, they arrive at a settlement that is different than the others they've been to-a Spiritualist commune in Pennsylvania named the Silver Star Society. Things feel different here. They are told they are at a Thin Place between the worlds of the living and the spirits. Shadows haunt the halls, and strange forms appear in Liza's photographs. Is this real, or is she the one being tricked this time? As Liza and her brother begin to investigate, the Thin Place begins to break, threatening everyone at the society. Can they fix it in time? And will their secret they've been hiding be revealed?

"Ghost-story fans will stay up reading past their bedtimes." --Kirkus Reviews

Please RSVP.  We will confirm the RSVPs via email.